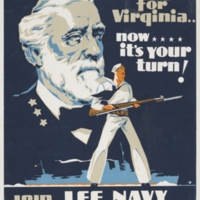 During World War 2, the United States had issued a propaganda campign across the country to effectivly support the war effort while it had been recovering from the Great Depression. Maintained by the Office of War Information (OWI), a series of posters, films, and radio broadcasts were issued across the country focusing on different ways the American public can support and contriute such as, buying war bonds, preserving resources, enlisting for the war, suporting the war effort and encouraging patriotism.