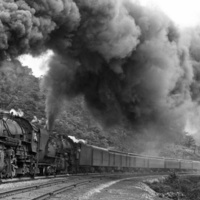 Smoke control in the late nineteenth and early twentieth century was not taken seriously. As the smoke nuisance increased, activists in Baltimore concerned themselves primarily with the value of their properties diminishing due to smoke, and the railroads worried that electrifying would be too expensive. Smoke control laws were put into place, but as will be proven, they went unforced. Really, these ordinances and laws were just recommendations.