The History Behind the Krasnow Institute 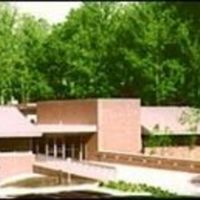 Sheldon (aka. Shelley) Krasnow was named after the Krasnow Insitute for Advanced Study--that now stands as a building that mainly operates for Natural Science Majors. This exhibit exists to test the following hypothesis: If Krasnow’s purpose for this building was fulfilled, then this building should be a well known resource for students. By doing this, the history of Shelley Krasnow will be explored along with the development of the Krasnow Institute for Advanced Study in order to know if Krasnow and George Mason University’s purpose for this building was fulfilled or not. Then the purpose and how far the modern usage of this building is from the intended usage of the building will be compared in order to help readers understand the true usage of this building to hopefully gain another resource towards academics.