The price of dissent 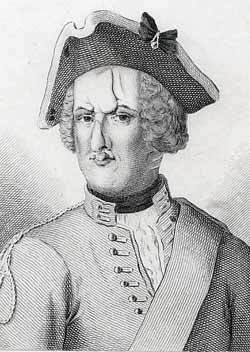 In 1775, the loyalist Thomas Brown was on his farm near Augusta, Georgia, when a group of rebels came to his door and demanded that he signify his support for the rebellion. As Maya Jasanoff tells the story, "Brown tried to put the men off calmly. He had no wish to fight his own neighbors, he said, but he 'could never enter into an Engagement to take up arms against the Country which gave him being.'" When the gang threatened to drag him to Augusta by force, he backed into the house to seize a weapon. "Six men lunged at him. Blades flashed, a gun fired, a rifle butt swung up over his head -- and smashed squarely back down onto his skull. Then blackness.

"What came next he would reconstruct later, from flashes of recollection in a semi-conscious haze .... They reach Augusta. He is tossed to the ground, his arms lashed around the trunk of a tree .... He sees hot brown pitch poured over [his legs], scalding, clinging to his skin. Under his feet the men pile up kindling and set it alight. The flame catches the tar, sears his flesh. His feet are on fire, two of his toes charred into nubs. His attackers seize his broken head by the hair and pull it out in clumps. Knives take care of the rest, cutting off strips of scalp, making the blood run down over his ears, face, and neck. Half scalped, skull fractured, lamed, slashed, and battered, Brown -- remarkably -- survives.

"Many victims of such assaults ultimately broke down and agreed to sign the association.... But the personal humiliation of giving in to his attackers could only have contributed to the passion of Brown's response. The incident turned him from a noncombatant into a militant enemy of the revolution."[1]

Stories like this are important to share, partly because the only stories (often manufactured) reported in America during the Revolution and for many decades after, were about violence committed by loyalists, and partly because they help explain the real terror behind verbal and physical threats loyalists received daily.

Mrs. Ariana Randolph's memoir of her husband John states that "Americans did come down to Williamsburg with an intent to hang him, but were prevented."[2]

[2] Mackall, "A Letter from the Virginia Loyalist John Randolph to Thomas Jefferson Written in London in 1779," 17-31.