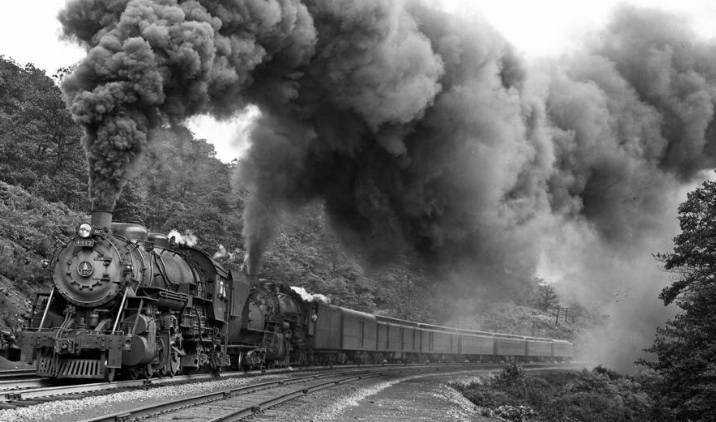 The Illinois Central depot circa 1890.

The late nineteenth century, specifically 1877-1897, was known as the Gilded Age, an era of rapid economic growth during which the United States saw high working wages and welcomed millions of European immigrants. The success of the economy can be attributed to massive industrial expansion, especially with regard to the railroad. The Progressive Era began in 1897 and lasted until 1907. This was a time of social and political reform, when attempts were made to solve problems created by industrialization, urbanization, and immigration. Naturally the expansion of industry and the railroad brought an increase in smoke. Whether or not smoke was considered a nuisance depended on who or what was creating it and what color it was. Generally, however, it was a nuisance for many, “it blocked the sun, increased the labor of housewives, soiled building facades and store displays, and was suspected of causing many health problems.” [1]  The Chicago Association of Commerce defined smoke in 1915 as “the visible effluvium or sooty exhalation of anything burning.” [2]

Moving closer to Mason's Virginia, smoke issues first appeared on the Baltimore city council's agenda in 1898 when Councilman E. Clay Timings offered an ordinance with the intention of reducing the smoke nuisance. [3] The first anti-smoke agitation came from the Northeast Baltimore Improvement Association complaing about the Pennsylvania Railroad's Union Tunnel that was emitting smoke in the Bond and Hoffman Street area. The smoke was lowering property values and threatening health. Most commonly, Baltimore activists targeted railroads because of their effects on prominant neighborhoods. Neighbordhood associations were typically made up of the wealthy or middle-class residents seeking to enahance their neighborhood's property values. In 1899, the Municipal Art Society declared smoke an aesthetic problem with social consequences. [4]