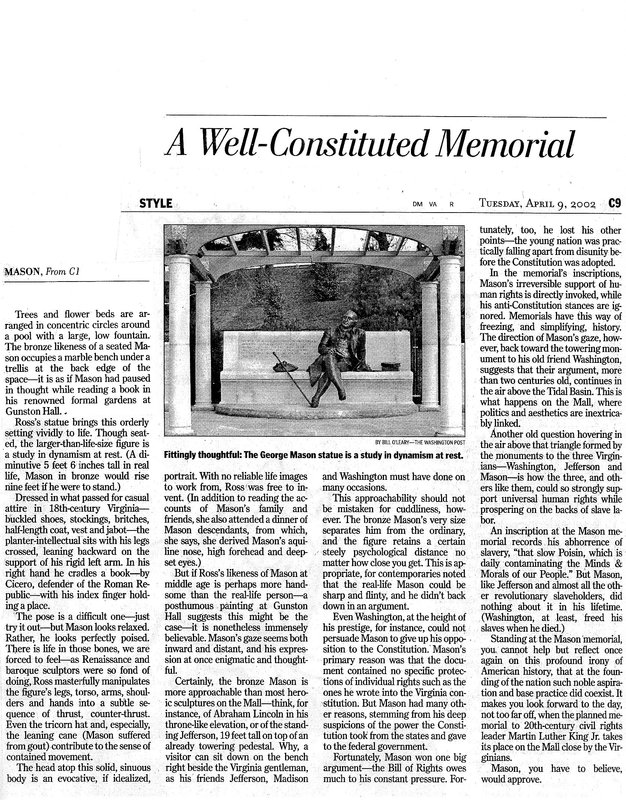 After a decade of work to get the bronze Mason in place, it became an official memorial in the National Mall on April 9th, 2002. That morning, Washington Post writer Benjamin Forgey wrote an article entitled "Bronze Tribute to an Iron Will." In the article, he talks about the pose which Mason takes on the bench. "The pose is a difficult one...but Mason looks relaxed." Later in the article he goes on to say "Certainly, the bronze Mason is more approachable than most heroic sculptures on the Mall..." As a man who wished to spend most of his career at home with his family, this seems like the most appropriate pose for this founding father to take.