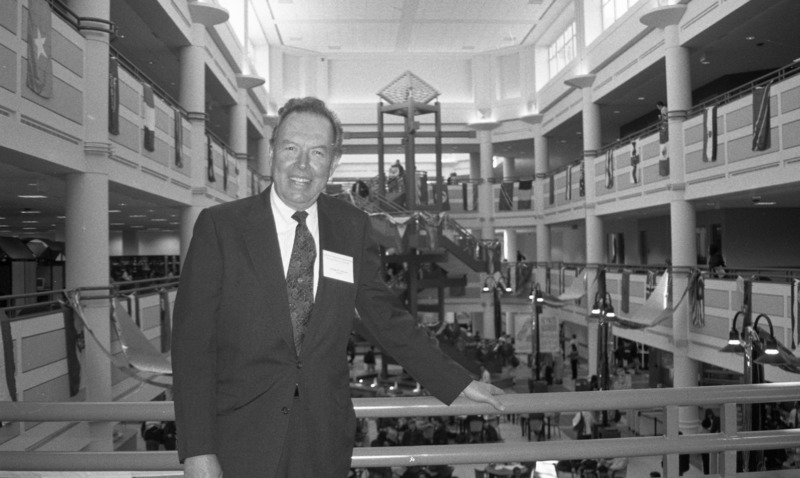 George Mason University, one of the most well-known and established learning institutions across Northern Virginia, is home to an intense convergence of diversity, creativity, and professionalism. Throughout its history, the campus has been through enormous change, going from a small college to a major university, with the most notable growth occurring between 1978 and 1996, the period in which George W. Johnson, president at the time, played a role in the ever-changing dynamics of campus life. Johnson, arguably one of the most renowned administrators in the legacy of George Mason, left his mark on this institution in many ways, both small and large. From creating new educational programs, forming new and driven business associations, as well as radical changes to teaching as a whole, he had made astronomical change to life at Mason, so much so to the point that we can see these manifestations in the way life at the university thrives today.

As time continues to go by and more students call the Mason community home, it is quite easy to forget how much of an impact Johnson had on shaping the core of how the institution functions, despite the fact that there is a major building named after him. Several sources have argued to promote awareness of this man who deserves respect for being the longest-serving president in the history of George Mason.[1] Another source, from the Special Collections blog of the university, stated that Johnson’s leadership led to diversification, academic expansion, and integration.[2] It is imperative that we examine Johnson’s achievements at Mason, back from when he first took the role as acting president, to his retirement and eventual death in 2017; this will all help us to get a better sense of who he was and what he stood for and how the students of today are connected to his significant decision-making that took place over twenty years ago. Some questions to be addressed include: What are some of the steps Johnson took in bringing class and diversification to the campus culture? And, what are some reasons that justify his naming after one of the most prestigious edifices?