Concluding thoughts and for further research 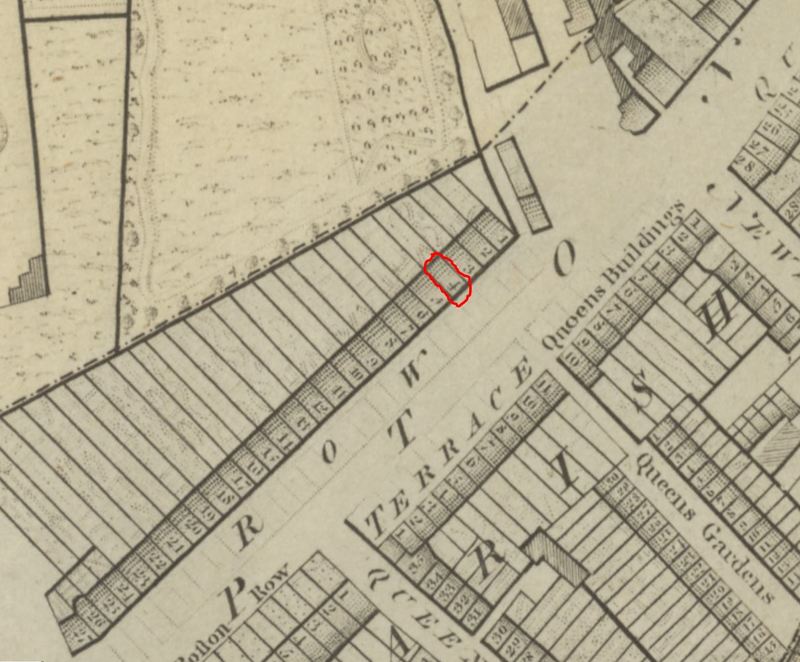 4 Brompton Row, Kensington, London. John Randolph lived here (marked red) after he was forced to emigrate from the Colonies, until the end of his life. 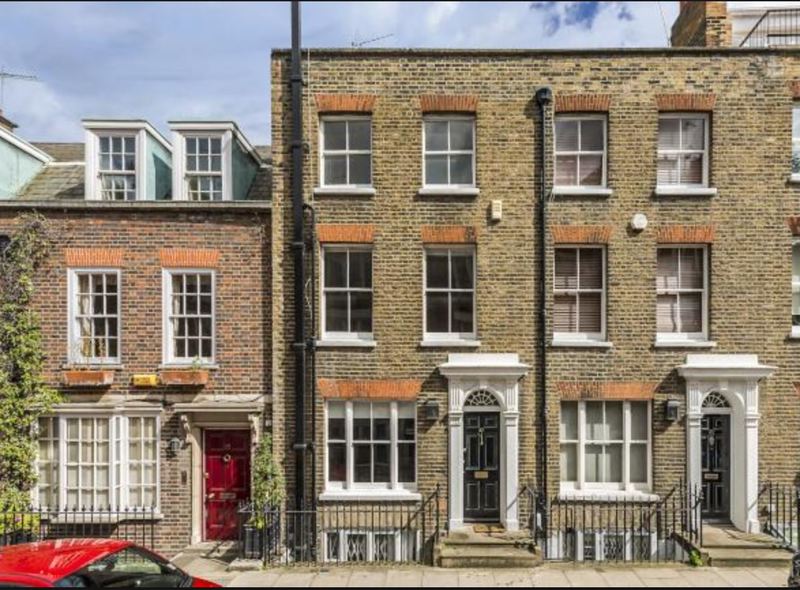 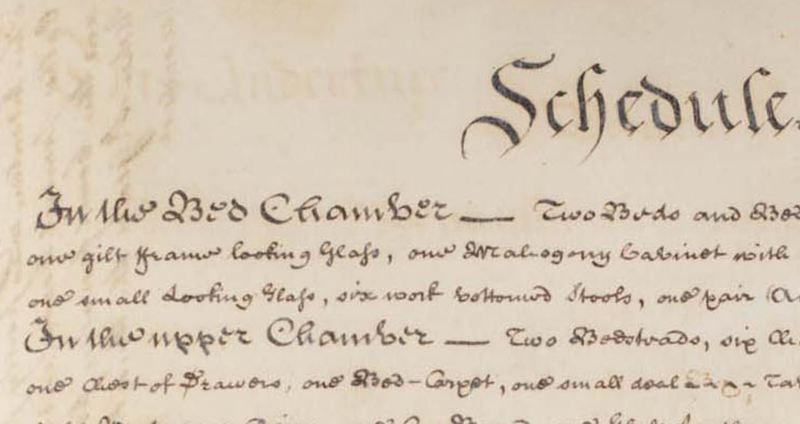 "Schedule of the deed": a list of John Randolph's family possessions given up when they were forced to flee the Colonies.

John Randolph Jr. sacrificed everything he had for peace and union, what he saw as  good for the American colonies and for Virginia. His life ended in a small row house in London, where he lived out what remained of his life in relative poverty.

We can see the type of house he ended up in, if we walk south one block from where Randolph lived, to Yeoman's Row, which still stands as it did 250 years ago.

Compare the space shown in these images to the home he built in Virginia. The size of the London residence underscores the message he communicated back in Virginia in the 1750s when he built his Palladian mansion in Williamsburg. Randolph's sacrifice for colonial America is reflected in a London house front spanning 30 feet across, representing the closing of a life formerly broad in view and expanse and hope, shrunk down to a point of penury and loss and a final ending.

Among the inventory list that was the "Schedule" which listed Randolph's worldly goods when he was forced to leave the colonies, in the set of Nanking Tea china, the dozens of mahogany chairs, the "womans saddle,"[1] we can see the high price Randolph paid for his personal integrity and convictions about the best path for Virginia's future.

It is clear that historians are still trying to define who a loyalist was, what motivated loyalists, and what their experience before, during, and after the revolution was. Any study of emigrants and the immigration experience can benefit from Jasanoff's Liberty's Exiles, especially including her historiography-style bibliography of extensive further resources.[2]

It is possible to trace the history and legacy of the life and mind of a man like John Randolph Jr., and equally it is important to locate, listen to, and measure dissenting voices like Randolph's for a more balanced view of history and for lessons on how to value civil dissent.

← The price of dissent
Sources →
Concluding thoughts and for further research