Who John Randolph Jr. was 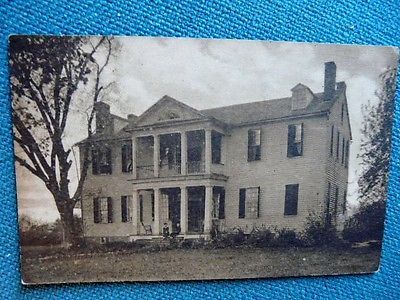 John Randolph Jr.'s home in Williamsburg, Virginia, in the late 1920s, after it had been significantly altered from Randolph's original Palladio-inspired design. 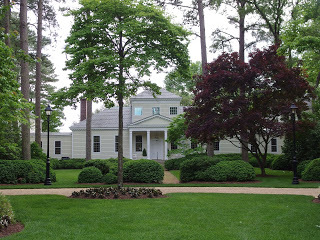 John Randolph Jr.'s home in 2016, after it had been restored to its original Palladio-inspired design and Randolph's creation.

No extant painting exists of John Randolph. He is described by Patrick Henry's early biographer as:

"...in person and manners among the most elegant gentlemen in the colony, and in his profession, one of the most splendid ornaments of the bar. He was a polite scholar, as well as a profound lawyer, and his eloquence also was of a high order. His voice, action, style, were stately, and uncommonly impressive, ... gigantic as he was in relation to other men."[1][2]

However, we do have several pictures of one "face" that John Randolph presented to the world. Randolph built a home in Williamsburg for his family, on land he received from his father's estate. When the Architectural Department of Colonial Williamsburg studied the potential of restoring the fading Tazewell Hall (the name given the house after 1836), the architect made the following observations:
"As our studies progressed it became increasingly clear that this building and its dependencies represented a magnificent yet unusual example of an 18th-century architectural development. [Williamsburg contained] four large buildings with vista-like approaches: The Wren Building, the Palace, the Capitol and Tazewell Hall." The following lists the lengths of the facades:
One way we can try to understand who John Randolph Jr. was, is to look at the home he built as a representation of himself and his family. In the numbers above, one can see possibilities of pride, or pretension, but clearly there is also unbounded confidence in his future: his home majestically faced his world, second only to the Governor's Palace, and showed, literally and figuratively, his enormous commitment to the city, colony, and country in which he was born.

[1] Leonard L. Mackall, "A Letter from the Virginia Loyalist John Randolph to Thomas Jefferson Written in London in 1779," in Proceedings of the American Antiquarian Society, ed. Arthur Rugg (Worcester, MA: The Davis Press, 1920), 17-31.
[2] William Wirt, Sketches of the Life and Character of Patrick Henry 1772-1834 (Freeport, NY: Books for Libraries, 1836)
[3] S. P. Moorehead, "Tazewell Hall: A Report on its Eighteenth-Century Appearance," Journal of the Society of Architectural Historians 14, no. 1 (March 1955): 14-17.
← Dissent: Powered by "neighboring"
Offering civil dissent: Remaining loyal →
Who John Randolph Jr. was