Who was Clarence J. Robinson? 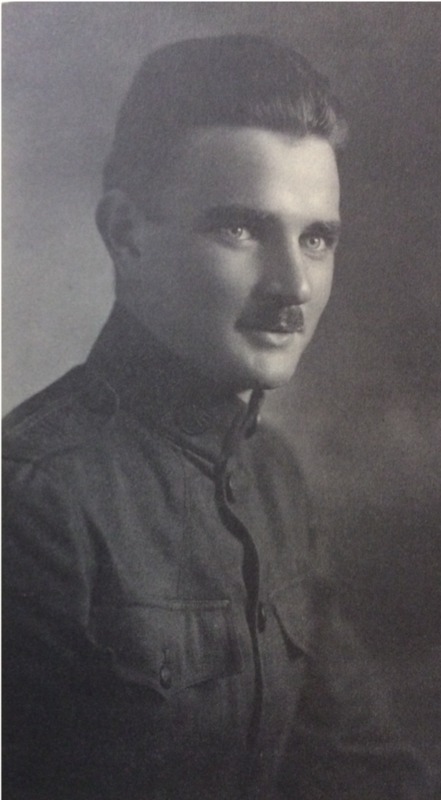 An article from The Washington Post and Times Herald from 1957 describing Robinson's appointment as president of the First and Citizens National Bank.

Clarence J. Robinson was born on December 18, 1897 in Alexandria, Virginia.1 After a successful career in high school, Robinson went on to study at the University of Virginia as a pre-med student with aspirations of becoming a doctor; however, his college studies were short-lived. He soon lost interest in his academic career, and dropped out of the university to join the military in 1918. Robinson decided to enlist as a flying cadet in the United States Army Signal Corps to join in the war effort, a decision that was likely inspired by his witnessing of Orville Wright demonstrating his airplane at Fort Myer in his youth. Robinson found his flight training quite interesting; however, his career as a pilot was cut short when he contracted the Spanish flu. By the time he recovered from his sickness, the war had drawn to a close and his services as a pilot were no longer needed. He then went on to work as a supercargo for the United States Shipping Board, where he would travel the world for the next two years helping manage cargo ships.2

After leaving his work as a supercargo, Robinson would find great success in the business world. He began his business career by running a sand and gravel business in Alexandria, which he would merge with his father’s building supply company in 1921 to form George H. Robinson and Sons, Inc. He would become president of this new corporation, and find great success amidst rapid development in the Alexandria area.3 He also founded and served as the president of the Robinson Terminal Warehouse Corporation– another successful company which would handle imports for The Washington Post and operate a warehouse for the International Business Machine Corporation (IBM). Robinson also found success in the banking sector, having served on the board and as president of the First and Citizens National Bank in Alexandria.4

Outside of his career as a businessman, Robinson devoted a significant amount of time to the civic and educational affairs of Northern Virginia. He lent his business and leadership skills to the Alexandria Hospital, where he served as its president for several years. He also devoted his skills and resources to educational matters through supporting the Virginia Foundation for Independent Colleges, the University of Virginia Alumni Fund, and the Episcopal Diocesan Schools of Virginia.5 He became involved with George Mason College in 1964 when he was called to join its first Advisory Board, and served in this position until 1970.6 His contributions to George Mason College came at a pivotal time in the institution’s history, and by 1972 George Mason had become an independent state university. A true Virginian, Robinson felt compelled to give back in any way he could to the community in which he was raised, and in which he achieved success.

Establishment of the Robinson Professors Program →
Who was Clarence J. Robinson?