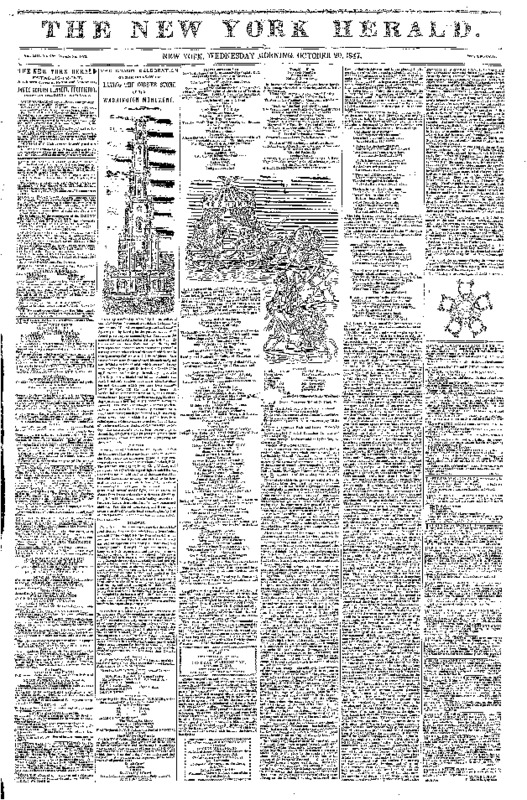 The equestrian statue of George Washington was surrounded by controversy and debate and was one of the earliest statues of George Washington. Debate focused on the style of the monument as well as what designs should be included. There were even arguments over whether the statue should have been an equestrian statue or not. Architects protested the potential monument designs and it took years for the city to decide on a suitable design.

In addition, a clear objective of this statue was to create “The noblest monument in the known world.” It was meant to be superior to all other monuments and serve almost as bragging point for the city. This monument is a clear example of the ’monument mania’ of the 19th century and demonstrates the desires of many to memorialize Washington in a positive and heroic light.

As the newspaper pictured above demonstrates, there was an extreme amount of fanfare surrounding the laying of the cornerstone of the statue. The occasion is called a "Grand Celebration" and the paper describes the large crowds who attended the event. In addition, the paper states that a speaker at the event referred to Washington as "the Father of his land," and states "Immortal Washington! To thee we raise this tribute of a grateful nation's love; in harmony we chant thy hallowed praise." According to this newspaper, Washington was worshipped as a god and was unaminously looked up to. This demonstrates the incredible legacy of Washington that the people of the 18th and 19th centuries wanted to memorialize through monuments and statues.